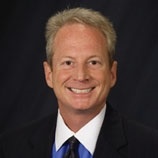 Michael is the President of The Wealth Enhancement Group, Inc.

He inherited a small amount of money while attending Florida State University in 1986. This led to his fascination with financial investments. Keeping up with the financial markets became a passionate hobby for him. After graduating from the Business School in 1988, he spent three years as a Marketing Executive in the computer field and then spent three years in the Medical Sales profession. Although Mike overachieved all quotas put in front of him and received numerous awards for his top performance, he searched for a way to merge his passionate hobby with a meaningful profession. This led him to Cigna Financial Advisors in 1995.

At Cigna Financial Advisors, he participated in an intense two-year training program joined at the hip with a 24-year tenured manager. They were clearly a step above the rest as they had specialized in working with High Net-Worth Individuals since 1947. Their slogan, "Serve the client first, last and always" has remained the philosophy of The Wealth Enhancement Group, Inc. today. In August of 1997, Mike formed The Wealth Enhancement Group, Inc. and became a Registered Investment Advisor. He wished to continue with the Fee-Based Planning Process, but desired a more objective and non-biased approach to helping his clients when it came to assisting them with financial instruments. The outcome has resulted in a very successful practice, and one that leaves his clients realizing that he has put their best interests ahead of his own.

Mike has a 25-year-old son that works in the Fintech Industry and 23-year-old daughter that is a nurse at a children's hospital.

He enjoys tennis, playing the drums, and travelling with his fiancé.